Change Makers: How Young Olim are Giving Back 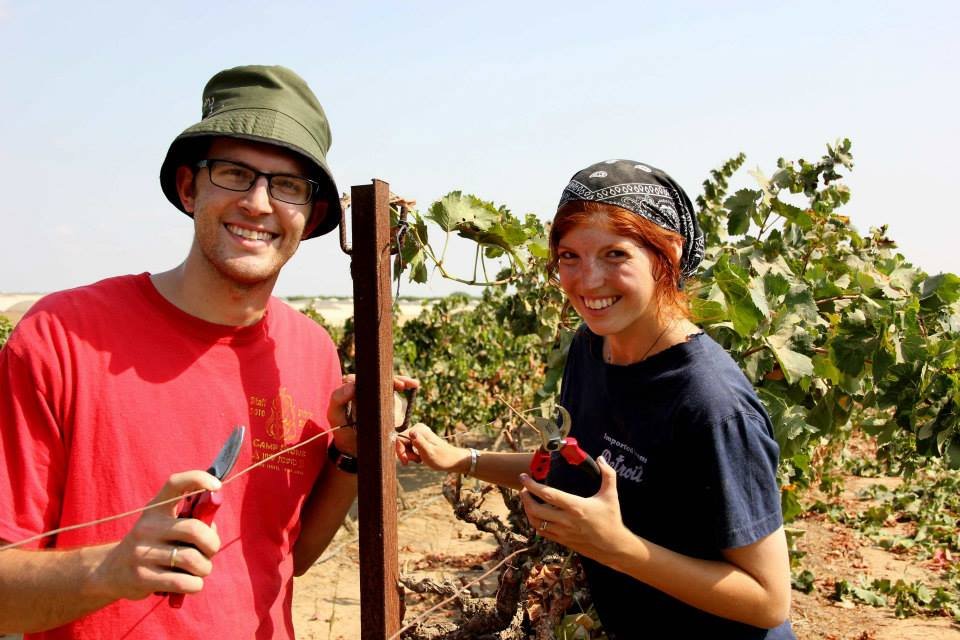 On a Friday morning at 6 AM, 45 young Olim boarded a bus in Tel Aviv headed south.

With Operation Protective Edge having recently ended and the chagim right around the corner, the Thursday night before was packed with parties. And yet, every person who committed to volunteer that Friday morning was on the bus.

They drove to a farm near Zikim, a kibbutz in the Negev desert, where they would spend the morning working on a vineyard, trimming vines in groups of two and three. Because of the Operation, the vineyard’s owner had not been able to work all summer. With the shemita year fast approaching—during which he would not be able to farm the land—he had very little time to finish the work and he desperately needed some willing hands to pitch in.

When Nefesh B’Nefesh learned about this vineyard, they knew that there were many young Olim who would want to help. NBN teamed up with OneDay, an Israeli organization that facilitates one- day volunteering opportunities for Israelis, ages 18-35, and spread the word.

“During the war, Olim kept asking, ‘How can we help?’ They started toy drives for children down south, collected goods for soldiers, and opened up their homes to become collection drive drop- off centers,” said Maya Liss, NBN’s Post-Aliyah Program Coordinator. “Once the war was over, they kept wanting to help.”

At the vineyard, the Olim once more showed their great potential. With gloves and clippers in hand, they trimmed 30 rows within three hours.

“It really only felt like one hour because we were socializing the whole time,” said Netta Gal-Oz, a 24-year-old Californian who made Aliyah last year. “When you work that closely with people, you really get to know each other.”

The farmer told the group that trimming one row usually took him a whole day. To show his appreciation, he gave the volunteers a box of fresh tomatoes. “It was fulfilling to know that we had made a difference by physically working the land,” said Netta. “As people who live in the city, we don’t usually get the chance do something like that.”

Following the success of the kickoff volunteering day, OneDay and NBN are looking forward to a series of monthly service days, which will bring young Olim to different locations in order to participate in meaningful volunteer projects, socialize, and see other parts of Israel.

The second service day, which received an equal amount of interest, brought a bus full of young Olim to an absorption center in Kiryat Gat, where the volunteers made Sukkot decorations with children. After experiencing a summer filled with sirens, the children welcomed the Olim’s positive energy.

Julia Szafman, a 23-year-old Olah from Connecticut, decided that this was the perfect way to spend one of her days off from work.

“Volunteering is fun, and it also makes me feel like I’m a part of the community,” said Julia. “I get to meet many different people from all walks of life — which is important for me, especially after making Aliyah.”

In a country where volunteerism is a core part of the culture, many Olim are happy to have found a way to take part. “I was too old to join the army when I made Aliyah, so this is my way of giving back,” said Julia. “Israel helped me out a lot — with free Ulpan and tons of other benefits. So, I like to help out whenever I can.”